by Jack Brown
in Gaming
0 The hardware is of course the heart of a smooth game flow. Minimum requirements and the best possible equipment can be found in the following list. What you should not underestimate is a good-sounding microphone. Nothing is worse for your fellow players than when you sound slurred or muffled in-game. Good headsets often already have a good microphone, a good entry-level model would also be the Auna MIC-900B for around 80 euros.

Furthermore, one monitor is enough, although another monitor is always recommended, for example, to be able to see the Discord at the same time or perhaps the necessary keyboard layout for the game in the beginning.

In order to get into roleplay, you need various software in advance.

Congratulations. The basic requirements have thus already been created. You can then find further fine-tuning for Teamspeak & Co. on your chosen RP server.

The Functions of The Keyboard

Many newcomers find it difficult at first with the many keyboard commands. Below you will find a small overview of the most important functions:

An important point now comes to you, so that you can enjoy the roleplay for as long as possible. When choosing a character, you should think carefully about what kind of role you want to play and in which direction you want it to develop. Only if you also feel this role will you find great fun in RP. Ask yourself the following questions beforehand:

After the character selection and the other server specifications, you land at the airport of the server. Once there, there is usually an entry interview in which you have to prove whether you can handle the keyboard layout and the respective rules. So don’t rush things, first learn the functions, study the rules and rehearse the story about your character. If everything goes smoothly, nothing stands in the way of your first steps.

How To Create GTA RP Character?

Role-playing has always been fun because of the characters people make. A good character will make the world it lives in more interesting. But if you have never done it before, making an RP character can feel like a challenge. To get around this, you’ll need to pay attention to three important parts of character development.

Characters in role-playing games come to life through their personalities. Yours has to make sense, be believable, and be interesting, but not too much. When making the personality of your RP character, think about how they see themselves and how they act around other people.

It can be fun to have a big difference between how your character sees himself or herself and how other people will see them. One popular streamer, for example, made a GTA RP character who thought he was a tough criminal mastermind and best-selling rapper.

But what he did showed that he was more of a pathetic loser than anything else. This kind of difference can lead to funny moments and make character arcs more interesting.

History is another important part of making a good role-playing character. Take the time to think about your character’s family and the things that made them who they are today before you start writing. Do they live with someone? Any siblings? How do those connections work? How did they become successful or unhappy?

The way a character looks is also an important part of making a good role-playing character. But a character’s look is more than just what they wear. It also includes how they talk and what they do with their bodies when they do so. Use all three of these parts of your character’s appearance to make them stand out.

At first, it is certainly not easy to internalize the rules of roleplay. It is important that you always stay in the role of your character on the server. So-called OOC (Out of Character) conversations are undesirable and can quickly lead to a server rule violation or even a ban.

Agreements with other players for roleplay on the server are also not permitted in most cases. A scripted story also meets with little reciprocation.

If there are streamers on the server, stream snipers who ambush the streamers by watching the live stream and try to intervene in their RP history are not welcome either.

If you’re on a busy RP server, don’t lose touch with the real purpose, the roleplay. Your character will never be defined by a lot of in-game money, but by the exchange of words and the design of great and exciting RP threads.

In order to understand the language of the experienced roleplay players, here are a few RP shortcuts:

As a very beginner-friendly GTA roleplay server, I can highly recommend Eclipse RP. The management is very structured and staffed by many helpful and friendly people.

We are constantly working on the further development of the server in order to be able to offer our fellow players new highlights again and again. Eclipse RP is a very fast and strongly growing server, on which not every slip of the tongue is immediately put on the gold scales.

The Eclipse RP Discord is very clearly laid out, in which you will also find a guide for the character concept design so that your entry is as easy and uncomplicated as possible.

What are the top digital rewards apps in the UAE? 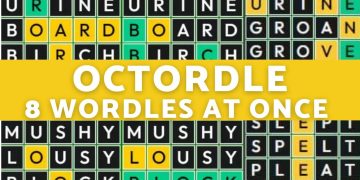 How to play Octordle game? 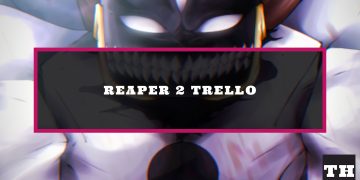 What Are Chain Guardians Game And How It Works? 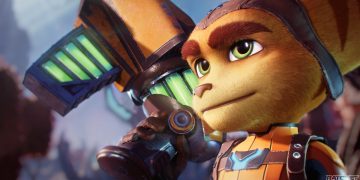 What are the top digital rewards apps in the UAE?